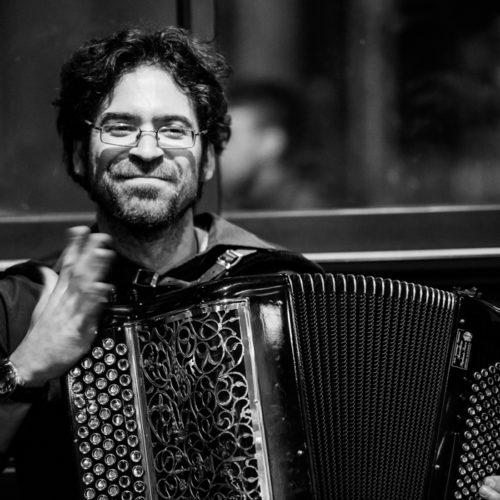 Maxime Perrin is a jazz and world music accordionist.

He is the founder of many bands, arranger for Tiziana Valentini and joined several jazz projects alongside Bertrand Renaudin, Thierry Bonneaux or Didier Malherbe.
Maxime Perrin loves to surprise his public: on stage with EELS (at Le Trianon), on the “Septième Ciel” album by Les Fatals Picards or in small clubs with jazz orchestras or more intimist bands.
Whether they are jazz, electro or rock, his projects and musical experiences seduce by a sound that is continually reformed as in his latest project, the quartet Les Célestins, which melts Jazz and Hip-Hop.

For more than ten years, he has performed alongside one-man show artists such as Christophe Alévêque, improvised music with the Improvisation League and also produced the ambiance for plays such as “À la vie, à la mort” by Simone Rist (Festival d’Avignon, 2014 and 2015).