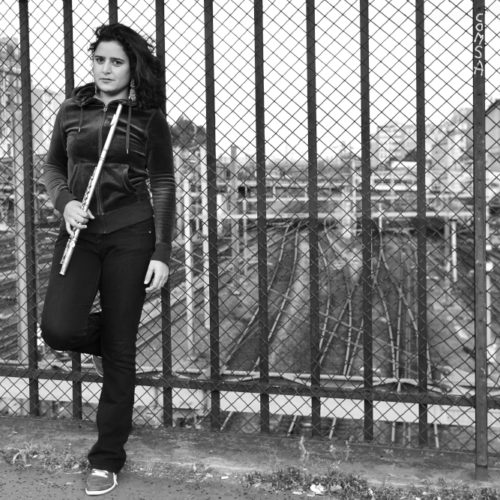 Naïssam Jalal is a flutist and jazz composer who deceives all musical categories.

Since 2011, she performs with her quintet, Naïssam Jalal & Rhythms of Resistance, in prestigious jazz festivals in France and abroad. Her first two albums, released in 2015 and 2016, 100% composed by the band, had been acclaimed by the press and public alike. Their oriental jazz punctuated by moments of intense improvisations, especially in concert, had allowed the band to become one of the most promising jazz bands of the moment.

She also composed the music for three feature films and the album Osloob Hayati was used as a soundtrack for several documentaries.