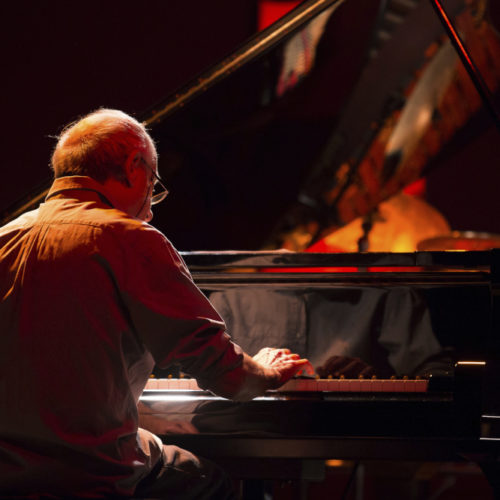 Daniel Goyone is a pianist and composer of contemporary classical music and jazz, considered by his peers as a composition genius.
He has constructed a unique musical universe characterized by an individual rhythmic language, which sometimes echoes Brazilian, Cuban, or Indian music. He composes as much for big bands as classical or reduced formations, in various musical styles: jazz, song, chamber music, film music, circus shows, etc.
He has written for Claude Nougaro, Trilok Gurtu, or Daniel Mille and has also accompanied them on stage. Above all, he has recorded many albums under his name, including the latest “French Keys,” which is intended to illustrate a tradition of contemporary French classical music that is inquisitive and open to the world.
In addition to his music, Daniel is also known for having conceived the famous two-volumes method “Rhythms: Rhythm in its essence and its applications,” which is a reference for any musician interested in rhythm, whatever the level or instrument practiced.