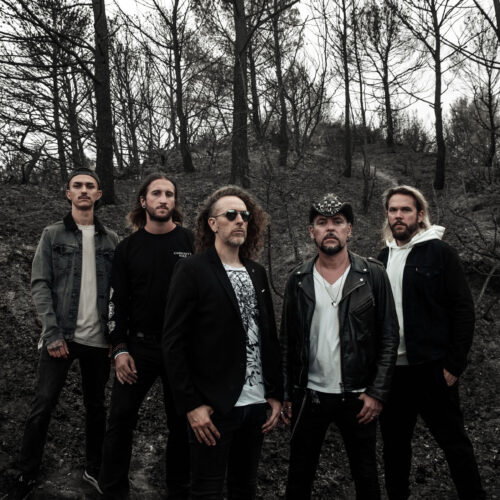 Their powerful positive energy is highly contagious and on unstoppable melodies and soaring riffs, they denounce the shortcomings and excesses of the consumer society and mass culture by caricaturing it.

Their discography comprises eight studio albums including “Dancefloor Bastards” (2017). Its remarkable success allowed the band to finally broaden their audience, including their performance on the Hellfest Festival’s main stage the same year.

After more than 20 years in the business, the band had toured all over in Europe and even gave an acclaimed show in Russia. Each concert is an event of joy, sweat and Rock n’ Roll!

With a growing success album after album, Sidilarsen can easily be call the worthy French successors of bands such as Rammstein, Nine Inch Nails or The Prodigy.

Their latest album, “On va tous crever”, was released in April 2019.