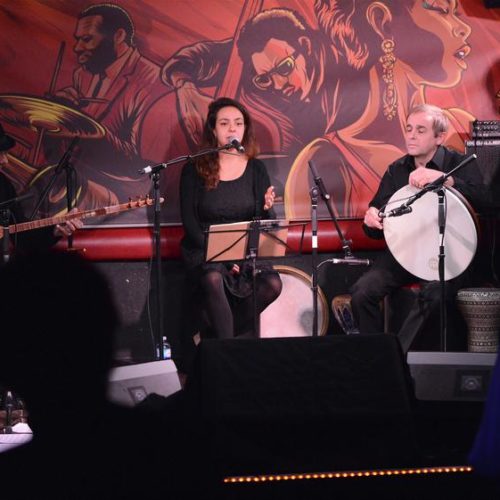 Lemon Far East is a French band, offering a hybrid sound between Turkish music and jazz.

The band came about as a result of an idea of drummer-percussionist Jean-Yves Roucan who gathered François Fuchs on double bass, Gilles Andrieux on the Oud, Jasko Ramic on accordion, Ruben Tenenbaum on violin and the singer Hande Topaloglu to record the album.
“Diversity”, “hybridization”, and “sharing” are the three representative words of their music in this first opus named “Scandali” (2016).

Finding inspiration in Oriental music, the finely chiseled writing of the band opens the way to trance and improvisation. They use instruments from Anatolia (Saz, Kementché, Darbuka, Req, Bendir) and specific codes of Ottoman music (modal and untempered music, odd rhythms) to create their original compositions.

The track “Penceresi” was featured in the soundtrack for the film of “La Taularde” by Audrey Estrougo starring Sophie Marceau.