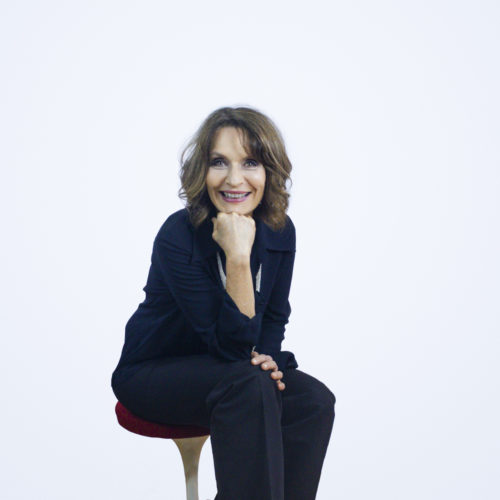 Clémentine is a French singer and songwriter.

She grew up between Paris and Mexico surrounded by Jazz, Bossa-Nova or even Pop music. She studied piano-jazz and get the chance to sing beside great musicians such as George Benson, Al Jarreau or Micheal Franks.

Clémentine’s career started in 1988 with the release of her first record « Absolument Jazz » at CBS France. Then, the CBS Japan team discovered the record and, delighted by her voice, decided to distribute her new album « Continent Bleu » – recorded in Barcelona with the American saxophonist Johnny Griffin – back in Japan. It was an immediate success in the Japanese jazz community and she even get #1 in the « Swing Journal » charts.

That moment signed the debut of her great career in Japan where Clémentine became the Parisian icon from Saint-Germain des Prés as well as the most popular French singer onthe island.

After around 40 albums released and 4 millions records sold in Japan, Clémentine is back today with a new album « Quel temps fait-il ? ». This album features some hidden golden nuggets from the French repertoire : from Jean Yanne to Mistinguett, Serge Gainsbourg or Jacques Tati.