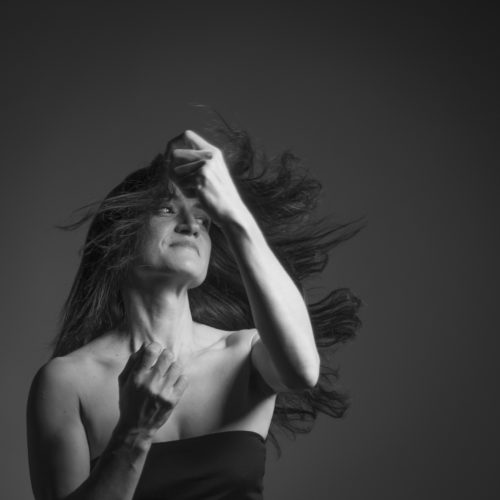 Pianist, composer, teacher-researcher, arranger and conductor, Carine Bonnefoy occupies an important and unique place in the French creative jazz scene since her beginnings in 1993.

First Prize and DFS from the CNSMDP and Doctor of Musicology since 2018, Carine teaches jazz writing for several years within different structures such as CNSMDP, CRD Cachan, CMA13 or CMDL.

In 2007, she was awarded by the Django d’Or / SACEM Creation Prize for her album “Outre-Terres” on which she’s accompanied by 17 musicians and the Métropole Orchestra Philharmonic. It is this blazing piece that made Carine Bonnefoy entered the very narrow circle of the greatest European composers and arangers.

She also orchestrated and arranged for the score composer Ludovic Bource and conducted the Metropole Orchestra for the score of “OSS 117, Le Caire nid d’espions” (Gaumont/Universal).

Her last album “Today Is Tomorrow – Music for Large Ensemble” was released in 2019, still interpreted by 17 musicians all best and brightest of the French jazz and classical music.