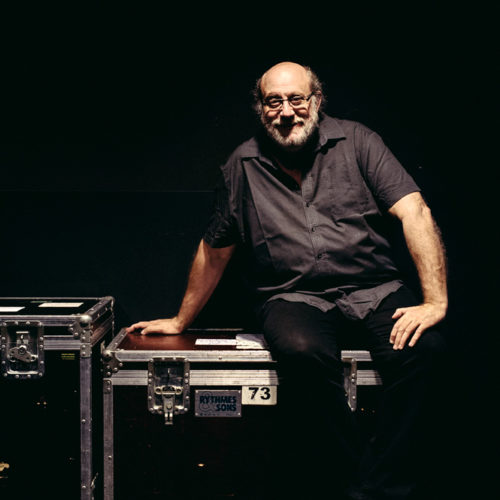 Composer, arranger, pianist, organist, and conductor, Andy Emler, has created many acclaimed and recognized projects in jazz and contemporary music.
A catalyst of enthusiasm, initiator of encounters, passionate about improvisation, he is a man of invention capable of composing for very diverse contexts.
His talent has enabled him to win numerous prizes, including three “Djangos d’Or” between 2006 and 2010 and two “Victoires du Jazz” in 2008 and 2010.
He also composes for moving images or the performing arts (show “Bigre” – Molière of the Best Comedy 2017, soundtrack of the play on Ravel “Voyage avec Maurice,” jingles and music for advertising, etc…).