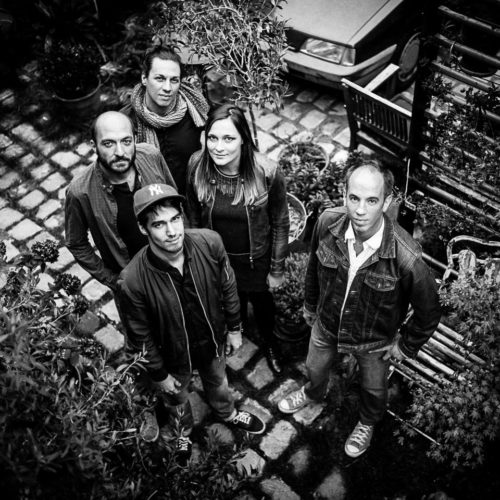 Theorem of Joy is a jazz band with North African and post-rock inspirations.

This dreamlike and impressionistic project mixes North African sounds, post-rock trips, jazz freedom and smooth pop flavors. It takes you running into the imagination of Miyazaki, rearing on a Mediterranean shore, sliding on a thread stretched between two destinies, meditating to the sound of an Indian raga or exorcising your inner demons.

Vocal cords, strings of the violin, of the double bass or the guitar, a line stretched over a cliff, raw nerve, a tightrope… Between singular melodies and unbridled improvisations, Theorem of Joy, led by its leader double bassist Thomas Julienne, are trailblazers.

Their eponymous debut album was released in 2018 and was very well received by the critics describing it as “one of the most beautiful albums of spring 2018”, “sophisticated,” and “indispensable”.