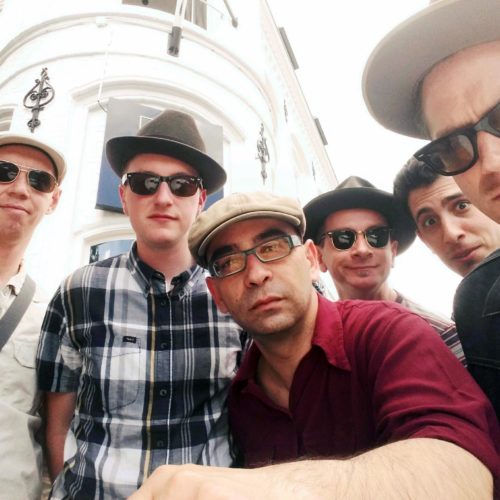 Nico Duportal is a songwriter, guitarist, rock’n’roll, and blues singer.
Drawing his inspiration from American popular music sources, he has become, in a few years, an emblematic figure of this European scene.
With his band, Nico Duportal & His Rhythm Dudes, he travels the roads, festivals, and clubs in Europe and the United States. Their incendiary performances galvanize listeners and dancers alike.
He has also accompanied many international Rock’n’Roll and Blues legends (Big Jay McNeely, Lynwood Slim, Mitch Woods, Wanda Jackson, R. J Mischo, Lloyd Price, Roddy Jackson, Gizzelle, Ruby Ann, and many others).
On the studio side, in 2009, he decided to surround himself with legendary players to record his first album, Meet Me in the Basement. Three other records followed. His latest opus, Dealing With My Blues, presents an undeniable evolution in the artist’s style. Intertwined with Blues, Calypso, Soul, Mambo, Gospel, and Rock’n’Roll, and a resolutely modern touch, Nico Duportal, however, doesn’t lose touch with the early roots that made his identity.