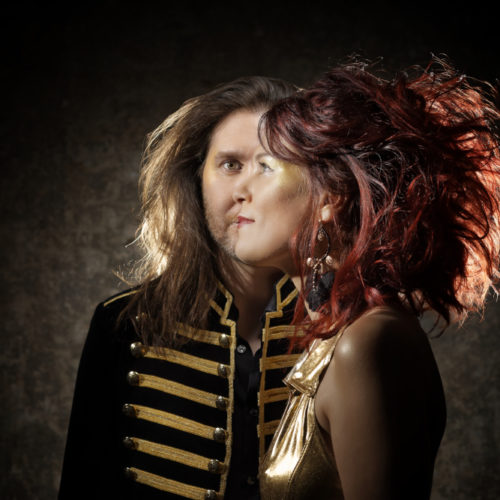 Jessie Lee & The Alchemists is a Blues Rock band composed of Laurent Cokelaere (bass) and Julien Audigier (drums), who in turn support Jessie Lee’s powerful voice, Alexis Didier’s guitar riffs and solos, and keyboardist Laurian Daire.
It’s at the heart of the Anglo-Saxon music with which they grew up and to which they pay tribute, that the five playmates, strong musical and artistic personalities spanning three generations, draw their inspiration and energy.
In the service of original compositions, they mix their experiences and concoct a brilliant blend of blues, soul, rock, and jazz that constitutes their first self-titled album in 2018.
These diverse musical traditions serve as solid foundations for modern music in which nostalgia is a driving force for creativity.