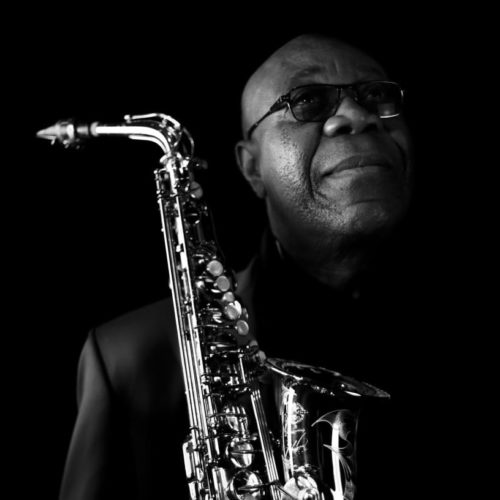 Manu Dibango is a saxophonist, vibraphonist, pianist, flutist and singer.
Pioneer (and for many, inventor) of World Music, creator of the jazz-soul-groove cocktail “Afro-Soul Thing,” the notorious and world-famous music of Manu Dibango, is challenging to define because he has brilliantly performed all musical styles in his more than 60-year career.
He has contributed so much to the music of the last 50 years that it will take a while before the critics and great musical specialists finally dare to admit that he was one of the most talented creators, originators, and music influencers of his generation.
Up until his last concert on February 2, 2020, with the Soul Makossa Gang, at the age of 86, Manu Dibango continued to inflame venues worldwide while always creating with an artistic integrity that was only equaled by the pleasure he still took in playing.
He also composed the soundtracks of several films and cartoons from the 1970s, including Kirikou and the wild beasts (2005) and the credits for Kimboo, the very first African cartoon (1989).